Is swearing really a sign of intelligence — or is that whole argument just bullsh*t? And what does it mean for communication? 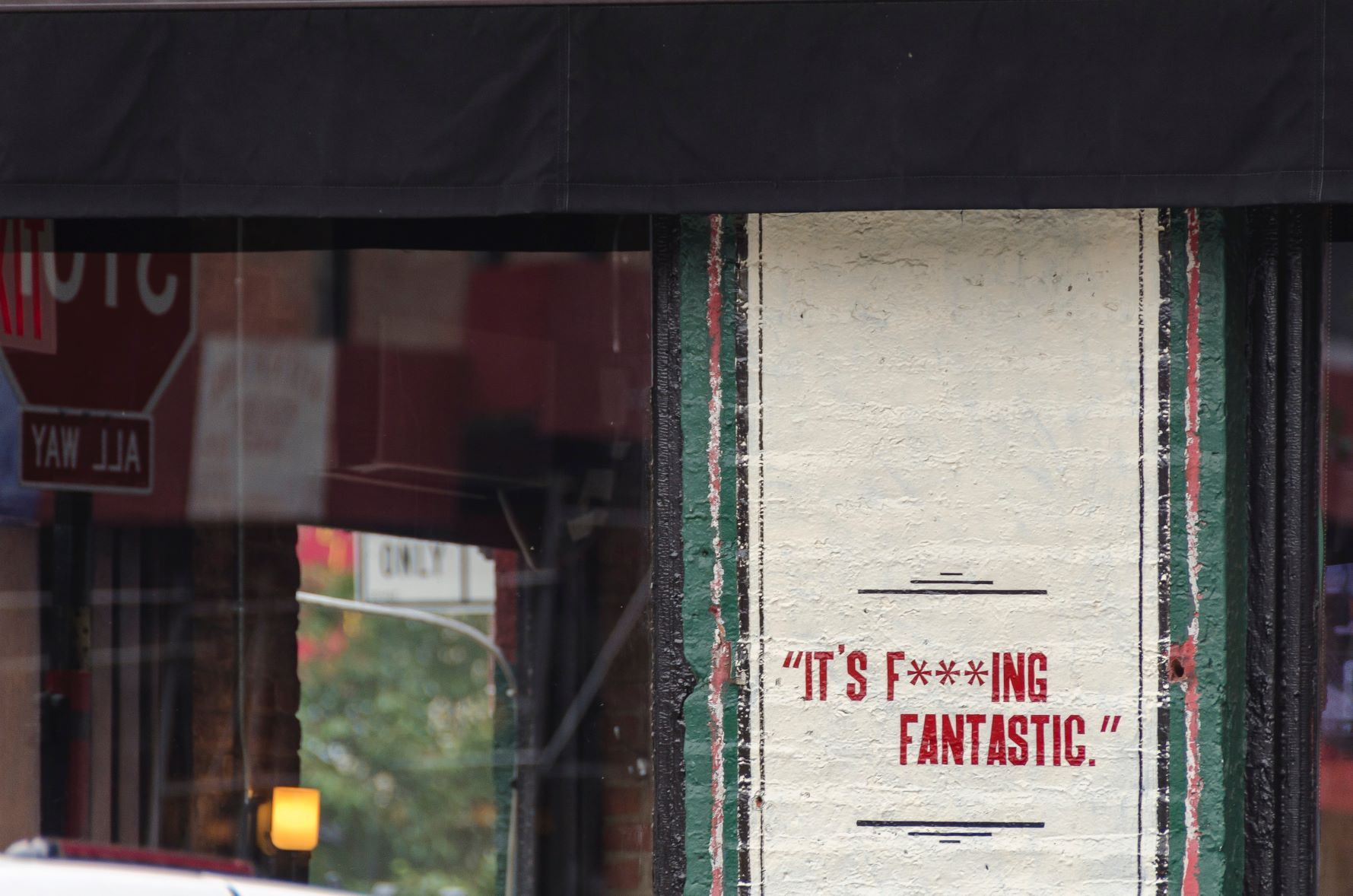 I was all ready to lap up the literature that proved, once and for all, that I, swearer extraordinaire, am one of the smarter ones. I, lover of the prodigious f-bomb and the well-timed compound insult, such as sh*tgibbon, a$$hat, f*cknugget, and d*uchecanoe.

Timothy Jay, professor emeritus of psychology at the Massachusetts College of Liberal Arts, has studied swearing for more than 40 years (one of his enviable titles is “swearing expert”) and he says swearing may, in fact, display a more, rather than less, intelligent use of language. In the last two decades, he explains, there’s been a lot of research on brain and emotion, along with much better technology to study brain anatomy, and it turns out that access to swearwords can suggest advanced verbal fluency[1].

I like it. I really do. But does it stand up to scrutiny? Let’s find out.

A series of three University of Rochester studies published in 2017[2] suggests that people who swear tend to lie less on an interpersonal level and have higher levels of integrity overall. Karl Albrecht, in his Blueprint for a New America (2021), presents f*ck, for instance, as a general-purpose intensifier in conversation, claiming that people who use it for emphasis seem to speak more “truth” than those who don’t[3].

Makes sense to me. I mean, when you’re expressing your emotions with powerful words, and you’re not holding back or biting your tongue, you’re going to come across as more honest.

And there’s another thing. In last decade or so, women in many sectors of society have begun swearing more freely in conversation. For me, this feels like asserting our right to communicate aggressively, as men have always been allowed to do.

When writing as myself — that is, not on behalf of clients — I’m a frequent sh*t-stirrer. There’s plenty of cr*p, d*mn and hell sprinkled through my texts as part of their natural flow. When I’m teaching, training or speaking, there’s even more.

But this isn’t because I’m a) lazy, b) unaware of it, or c) unable to come up with more elaborate language. It’s deliberate. Even strategic.

Yep, it’s all done on purpose.

Taboo words have a particular purpose in our lexicon that other words can’t as effectively accomplish: the delivery of intense, succinct and directed emotional expression. In my view, my careful use of colourful language enlivens my writing, which just wouldn’t be the same, or feel as much like ‘me’, without the cheeky bits.

What’s more, when it comes to virtual conferences, I find the odd expletive incredibly effective at breaking the tension in the ‘room’. Engagement above all, right?

But I’m not a schmuck. So, while I choose to swear in different contexts and for different purposes — for linguistic effect, to convey emotion, or for laughs — I’m always aware of my audience.

If I think the odd bullsh*t is going to create a cattle-sized obstacle for my audience, I won’t include it. If that style is likely to appeal to the majority of my audience, I’ll use it and accept that it may turn some people off.

Very often, this is for the best. Having used colourful language on occasion when meeting prospects or clients for the first time, I find it a useful filter for whether we would be a fit in the long term. Or, at the very least, whether they’d put up with me.

Because, I am like I sound: butterfly meets truck-driver.

Prof Jay points out that profanity is useful because it stops us physically harming others[4]. It’s an evolutionary advantage we have over chimps, for instance. (When they fight, they fling actual poo.)

This is certainly the case in my experience. Many a difficult client is alive today only because I was able to unleash horrifying swearwords in the privacy and solitude of my office — and to my friends via Telegram.

“A dog or a cat will scratch you or bite you when they’re scared or angry,” says Prof Jay[5]. “Swearing allows us to express our emotions symbolically without doing it tooth and nail. In other words, I can give somebody the finger or say f*ck you across the street. I don’t have to get up into their face.”

So cursing is a remote form of aggression, giving us the chance to quickly express feelings while hopefully avoiding physical repercussions. Bloody marvellous.

Why would I rely on rude language when I’ve been blessed with a rich vocabulary? Well, because I can.

The “poverty-of-vocabulary hypothesis”[6] would have us believe that swearing is the “sign of a weak vocabulary”, the result of a lack of education, laziness, or impulsiveness. As a result, in the past, society tended to judge “vulgarians” quite harshly, rating them as lower on socio-intellectual status, less effective at their jobs, and less friendly. But recent research in linguistics shows that, when people struggle to come up with the right words, they are more likely to use “ers” and “ums”, not “sh*ts” and “godd*mnits”.

What’s more, fluency with taboo words might actually be a sign of general verbal fluency, say psychologists from the Massachusetts College of Liberal Arts in the journal of Language Sciences[7]:

“A voluminous taboo lexicon may better be considered an indicator of healthy verbal abilities than a cover for their deficiencies. People who use taboo words understand their general expressive content as well as nuanced distinctions that must be drawn to use slurs appropriately. The ability to make nuanced distinctions indicates the presence of more rather than less linguistic knowledge…”

Despite the academic swing away from the poverty-of-vocabulary hypothesis, studies continue to find that those who swear often may be perceived as less intelligent and trustworthy than those who don’t. Alarmingly, even those who aren’t themselves offended by foul language hold lower opinions of swearers than non-swearers[8], say psychology researchers at Southern Connecticut State University.

I guess this is because the effect of words lies not in the words themselves but in people’s heads. Think, for instance, of the millions of people worldwide who despise the word “moist”[9].

My starting point when I write anything is audience analysis: who are they, what do they need to know, what do I want them to know, and what should happen next? On this basis, then, the emotionally intelligent thing to do would be to tailor swearing, or remove it completely, if the context dictates it; i.e. if including it would hinder or cloud the message.

Just because you can, should you?

I can swear (I have what some might consider to be an impressive and varied arsenal of vulgarity) and I do swear, when the circumstances suit it. But I have both the EQ and the tact to regulate my language in certain situations — and I think that, more than the verbal flinging of strategic sh*t, is where intelligence is rooted.